The national language of Singapore is Malay while English, Mandarin Chinese, and Tamil are the four official languages. English is the most widely spoken language (primarily by the population below the age of 50), and is largely used in school for teaching. English is also the language of business and government in Singapore.

Another language spoken in Singapore is Singlish. It is primarily the colloquial form of English, having a distinct accent, and ignoring the basic standards of English grammar. Having so much local slang and expressions of various languages and dialects of Singapore, speaking in Singlish is seen as a mark of being truly local.

Interestingly, all the schools in the city teach the language of the child’s parentage, along with English, to ensure the child stays in touch with the traditional roots.

Here are some basic words translated from English to Malay: 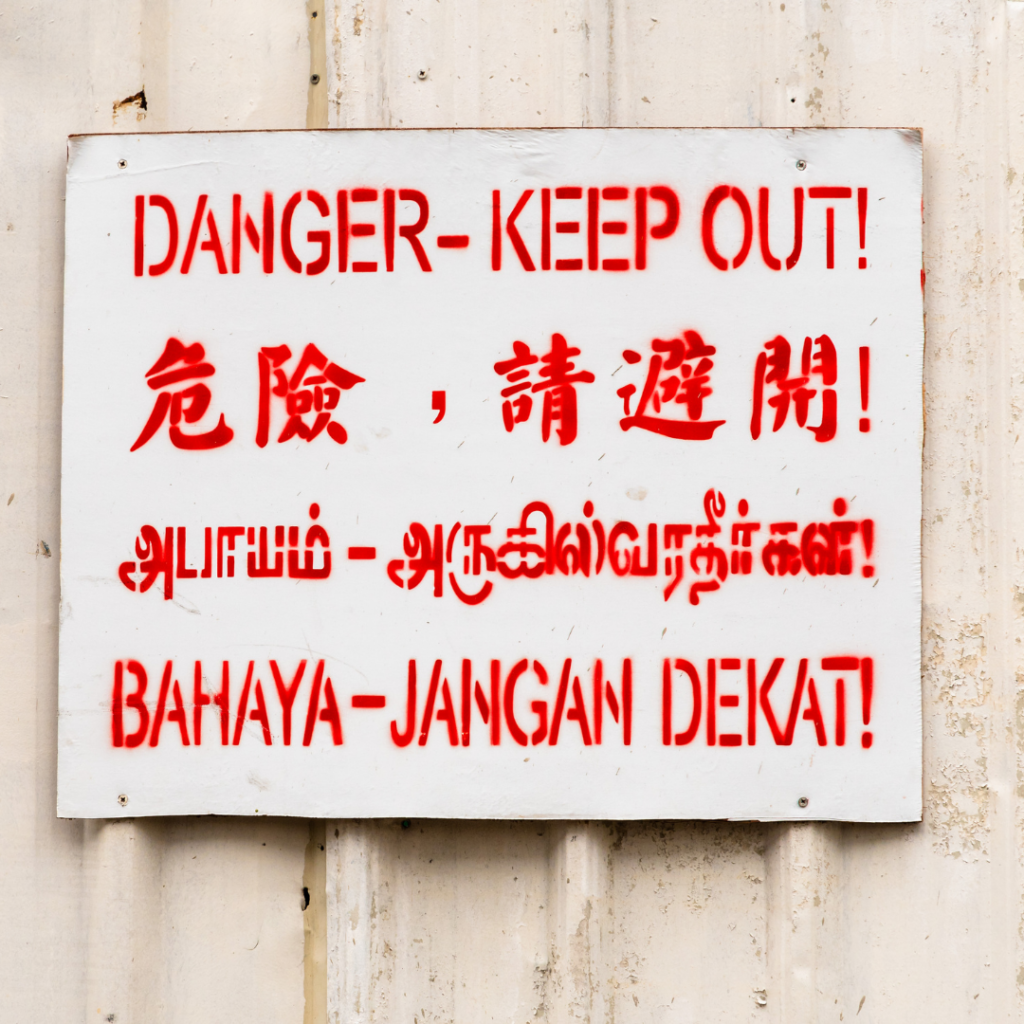 The standardized version of the Malay language in Singapore is Bahasa Melayu, spoken by nearly 13% of the Singaporean population. One of the official languages, Malay was once the national language of Singapore before the advent of the British in 1819. The national anthem of Singapore – ‘Majulah Singapura’, or Onward Singapore – is also written in Malay. Let’s have a look at the language percentage: